Posted on July 29, 2015 by alwaystimetoprocraftinate

While it might not be completely inappropriate (given the stars replacing letters) it isn’t exactly kid friendly either.

I got the inspiration for this shirt after seeing one with this same saying on someone. The saying stuck in my head. I pictured my father in law wearing a shirt that said that. After telling my husband about it I he said a stencil letter would look cool.

So I found a stencil font, printed it out and traced it onto freezer paper. 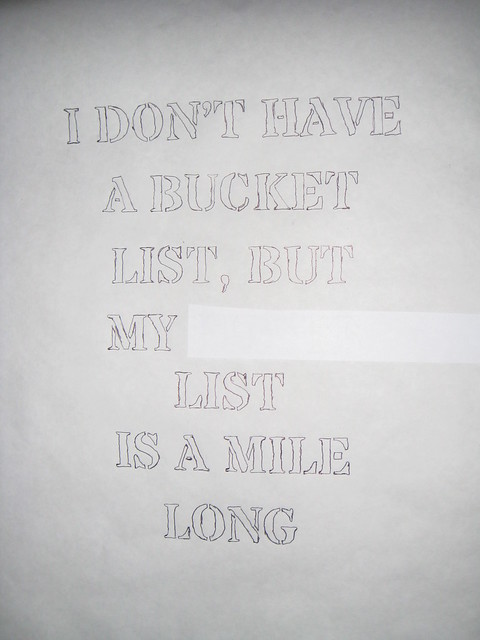 After holding it up to one of my husband’s shirts (which happens to be the same size) and it looks like it will be a good size for it.

Now to cut out the letters with an exacto knife.

I am a homemaker that loves to start but now always finish project. I have been married 11 years, with 2 children that will both be in school this year.
View all posts by alwaystimetoprocraftinate →
This entry was posted in Craft and tagged exacto knife, father in law, font, freezer paper, inaapropriate shirt, shirt, stencil. Bookmark the permalink.