Posted on November 1, 2016 by alwaystimetoprocraftinate

A while back I made a DIY exfoliating salt scrub after trying it on my face it seems to be helping my rosacea. (well what I believe is rosecea) After a few days my face was almost clompleatly acne free and the  redness was gone! But it was also a bit harsh of a scrub for my face.

SO I did a little reasearch and found a similar scrub with baking soda instead of salt. But that wasn’t quite enough. Since one was too much and the other wasn’t enough I mixed the two and found it works great for me.

The recipe can be made in almost any size batch as it is one part each baking soda, sea salt, and coconut oil. (either type or a mix of both) 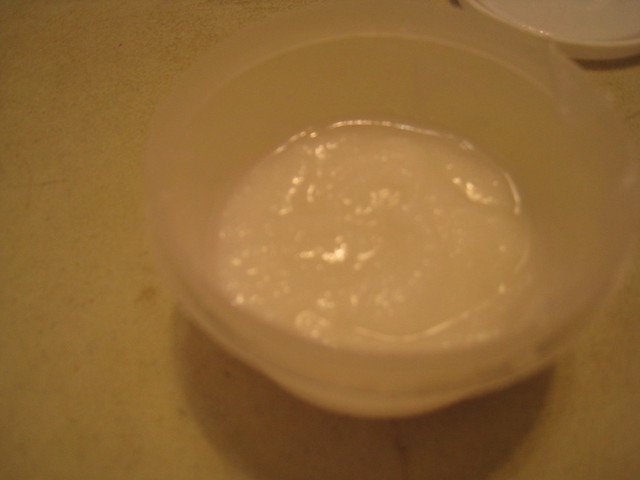 A little goes a long way for the face scrub, just like with the other scrub just rub around a little and rinse off. Just be careful not to get it in your mouth. Even though it is safe to eat (being made with things from the kitchen) it doesn’t taste very good at all.

I am a homemaker that loves to start but now always finish project. I have been married 11 years, with 2 children that will both be in school this year.
View all posts by alwaystimetoprocraftinate →
This entry was posted in beauty, diy, Uncategorized and tagged baking soda, beauty, coconut oil, diy, rosacea, sea salt, thrifty. Bookmark the permalink.