Posted on January 26, 2016 by alwaystimetoprocraftinate

I do the bacon cheeseburger roll up at least once a month. I wanted to change it up a bit. this time Instead of spreading out the dough I made little balls of dough and shaped it into a muffin pan. 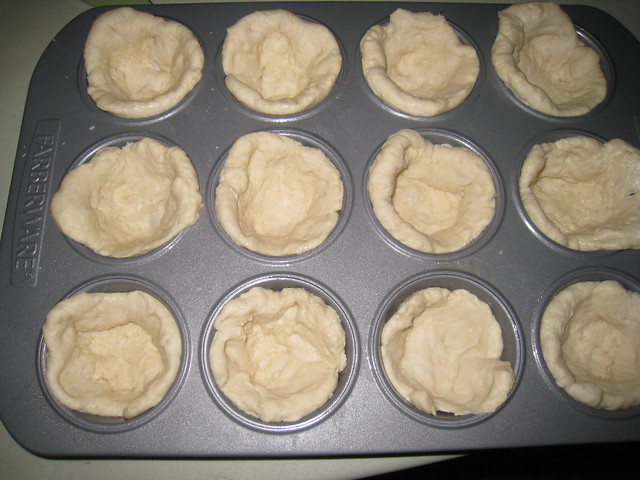 Then I filled it with the typical bacon cheeseburger rollup filling. (1 lb hamburger browned with diced bacon and velveeta) 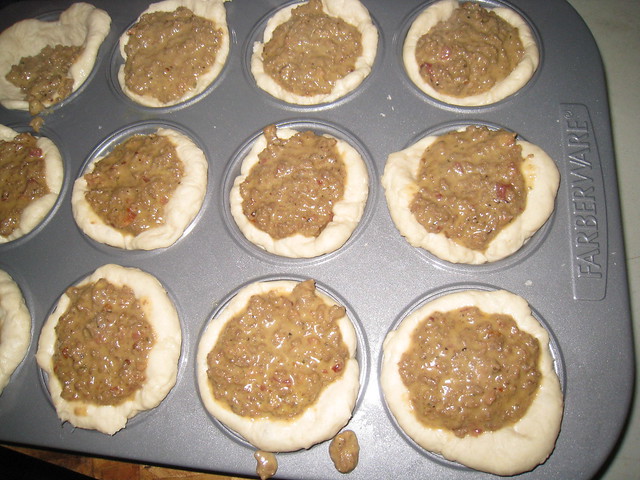 And baked it at 450 for about 10 min. Added cheese to the top and baked until the cheese was melted. 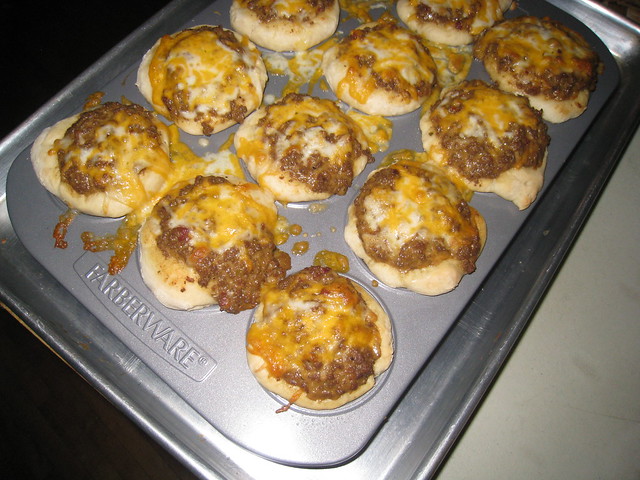 I will probably now do this version instead of the bacon cheeseburger rollup. It tastes exactly the same, it’s less messy to serve and, I had a little crust leftover and baked a few mini pizza crusts to freeze for myself to make when the kids are at school.

I am a homemaker that loves to start but now always finish project. I have been married 11 years, with 2 children that will both be in school this year.
View all posts by alwaystimetoprocraftinate →
This entry was posted in Baking, Uncategorized and tagged bacon, Baking, cheese, cheeseburger, muffin, pizza crust, rollup, velveeta. Bookmark the permalink.