Posted on April 17, 2014 by alwaystimetoprocraftinate

I started by sewing the other back neckband peice to the one sewn on the shirt, leaving enough of an opening to turn it. 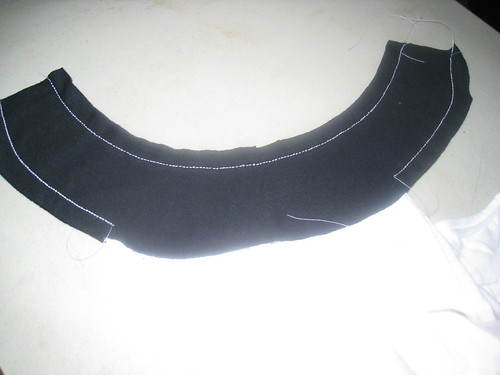 I turned it right side out. 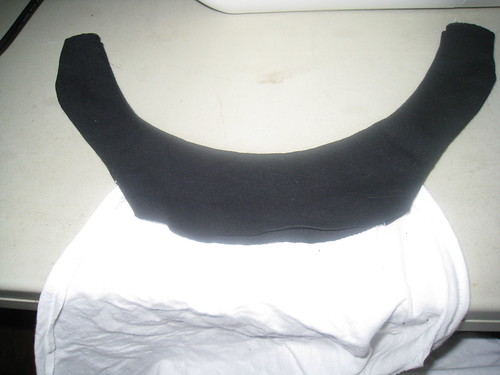 I will hand stitch the opening later.

I gathered the front, and sewed on the front neckband. 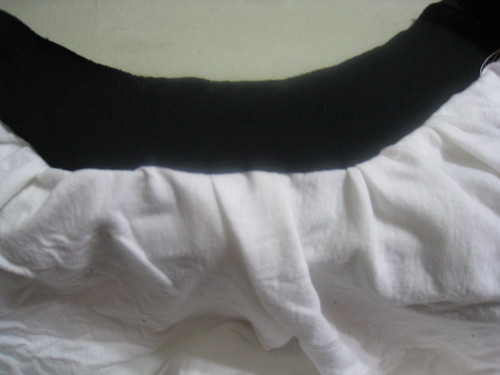 I’ll admit that I pinned the neckband together and tried it on. It will be wearable but if I make it again I will be making a few changes.

I am a homemaker that loves to start but now always finish project. I have been married 11 years, with 2 children that will both be in school this year.
View all posts by alwaystimetoprocraftinate →
This entry was posted in Sewing and tagged back, bargainista fashionista, front, gathered, neckband, sewing, shirt. Bookmark the permalink.